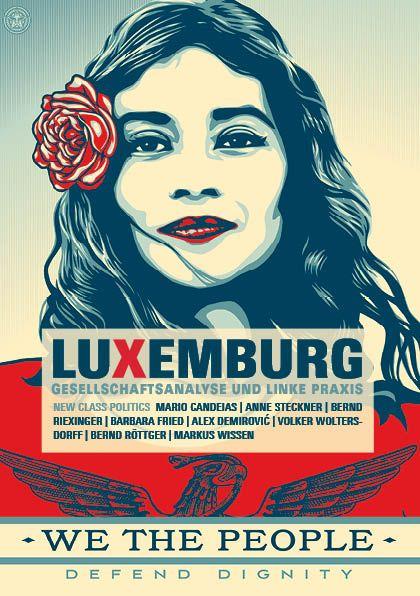 The question of class rests at the center of a left-Marxist project. Nonetheless, ‘class’ has not really played a role in recent stratecig debates and political praxises. The reasons are manyfold: since the 1970s, social democracy has abandoned the question of class in favor of models that assume a diversity of social strata; distancing themselves from an understanding of class reduced to male industrial labor, new social movements have turned to questions of modes of living, gender relations, the post-colonial legacy and ecology; and the ‘end of socialism’ has also done its part. At the same time, social antagonisms have intensified in Western industrial countries, and the gap between the poor and the rich is greater than ever as a consequence of a financialised capitalism in crisis and declining profit rates. The latter are being ‘compensated’ for by means of flexibilization, downward pressure on wages, and the destruction of public infrastructure, carried out on the backs of the majority of the population. Most recently, the successes on the right – from BREXIT through the Front National and AfD up to the election of Donald Trump in the USA have, in a strange way, put the question of class back on the agenda: the mostly legitimate anger on the part of those who feel they are being held back by this system and aren’t being represented has in many places been expressed by a rightward turn.
How could critique of the current state of democracy and social inequality be articulated in a different way? And could left-wing politics that make “class experiences” once again their subject demarcate a clearer difference from ruling elites?  Can a “connecting antagonism” (Candeias) be formulated from different perspectives?
It cannot be a case of going “back” to old conceptions of “class struggle”!  Collective effort is required to map out a “new class politics” that does not posit identity politics and the social question as antagonistic to each other, but rather overthrows all the relations under which so many suffer.  Herein lies a chance to both intensify in terms of class politics the emancipatory struggles of the last few decades and draw the line against their selective integration within neoliberalism, as well as to read feminism, ecology, and anti-racism as integral aspects of “questions of class”, thus (finally) placing them at the center of a left project.
So, how can therefore various parts of the class be connected?  How can we read precarious labor in traditionally female vocations as a question of both gender relations and class relations?  And how can racism be recognized as a form through which one part of the class is pitted against others?  Creating solidarity is complicated, but more urgent than ever!

The LuXemburg Magazine has worked on some of these questions.  The present brochure assembles a selection of texts on the topic.

“Asys go home!”
Canvassing as a Strategy Against Division
by Anne Steckner

For a Queer Feminist Class Politics of Shame
by Volker Woltersdorff

Miriam Pieschke
"I shall be"