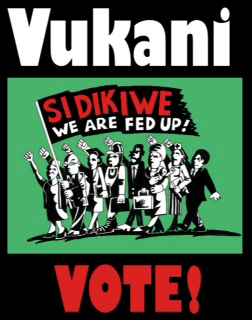 Vote NO! and the Meaning of Twenty Years Of Democracy

Pick up any newspaper or tune into any radio broadcast and before long you are likely to hear discontent about the state of the Nation and in particular the ANC. This is expressed through the militancy of strike action, campaigning outside government buildings, booing the powerful, and community protest actions ranging from tire burning, to stone throwing and even setting fire to government buildings. These are almost an everyday occurrence. Increasingly these expressions of discontent are coming from those who once (and some still do) identify with ANC.
Von Vishwas Satgar